About Farr 40 One Design Trophy at Middle Harbour Yacht Club

What is Farr 40 One Design Trophy at Middle Harbour Yacht Club?

After a long and frustrating off season navigating Covid rules and restrictions, the Farr 40 Class has been given the green light to hold their first point score regatta of the season on 17 & 18 October 2020, hosted by Middle Harbour Yacht Club. Australian Sailing and NSW Health zoning restrictions have now been lifted, ... The post Farr 40 One Design Trophy at Middle Harbour Yacht Club appeared first on Yacht News & Boats News | YachtBoatNews.

Australian Sailing and NSW Health zoning restrictions have now been lifted, and the Class is keen and committed to get all future regattas away with no further postponements.

Both Victorian teams, Double Black and Nutcracker have committed to this weekend’s regatta. Owners Rob Pitts and Rob Davis have appointed substitute helmsmen for what promises to be a great first regatta of the season with seven boats on the start line. 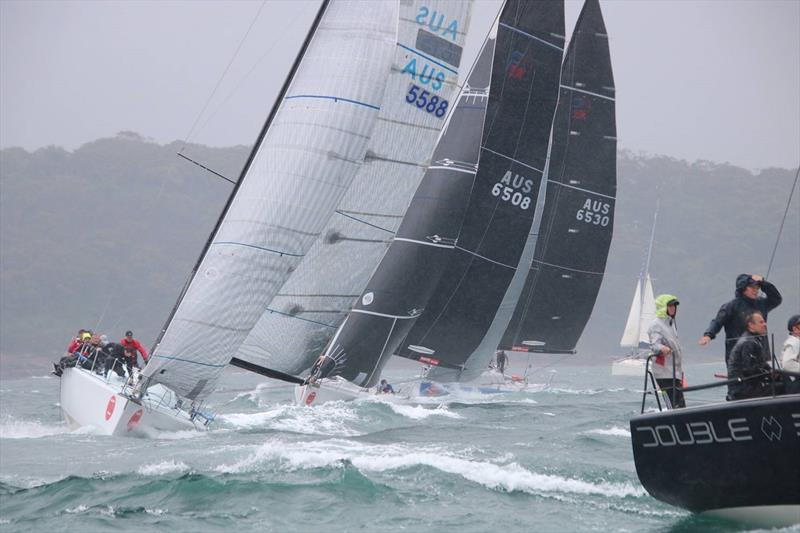 Lang Walker has recently sold the iconic Kokomo to a local owner and she will now join the ever-increasing fleet at MHYC. A number of yachts have changed hands recently, which is positive news for the Australian Class with Sydney fleet numbers on the rise.

Due to Covid, the 2020 National Championships which were scheduled to be held back in March were postponed until next month. If the Victorian borders are re-opened, allowing Double Black and Nutcracker owners to travel, the Nationals will go ahead as planned with this regatta the only lead up event. Jeff Carter’s Edake and Tom and Alan Quick’s Outlaw are the two teams vying for the National Champion crown and the infamous red championship blazer.

“It’s been a strange year for everyone and Dad (Alan) and I will be sharing the helm this weekend. We are really looking forward to being back on the water and competing with all our Farr 40 mates. It’s a shame our fellow skippers from Melbourne won’t be joining us, however, we appreciate their commitment to the Class by entering their boats and we look forward to welcoming them back hopefully next month.” Quick said.

After what has been a difficult year for our sport, owners and crew have never been more keen to hit the water and PRO Phil Yeomans has scheduled up to eight races being sailed offshore on Saturday and back inside the harbour on Sunday.