27 years of Half Ton designs

Where is Julian Everitt Design? London 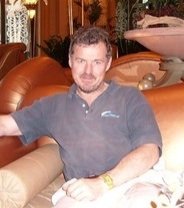 Julian Everitt Yacht Design drew its first design in 1966 - an interior, deck plan and sail plan for an existing production sailboat called the Sea King, designed by Charles Violet. This was followed by one off half tonner to the RORC rule, called Reverse.

The first production design (original) the Banham 29 was drawn in 1970 to the new International Offshore Rule (IOR). Nine of these Half Ton sized boats were built in the early days of IOR.

Lifting keels, which have become something of a speciality to our portfolio, were first introduced in 1969 in our steel built 44ft ketch Rolling Stone, but our first production design to feature a fully retracting keel was the Saltern 37.5 - a heavy displacement sloop rigged grp cruiser built in 1972.

Many sailboats, both production and one off have followed in the ensuing years, built either to cruise the oceans of the world or race under a vast array of rating and handicap rules across the globe.

We are proud also to have pioneered the concept of an International Offshore One Design, the E Boat, built to a truly global rule as well as exacting One Design rules that have withstood the test of time.

While yacht design is the passion that fired the business, much of the fuel, over the years, has come from both one off and production power yachts as well as highly successful industrial projects with partners such as Thule Group, who have sold well over 3 million products to our design around the world.

We will, hopefully, continue to innovate with our projects and look forward to a hybrid era of construction, design, engineering and concepts.